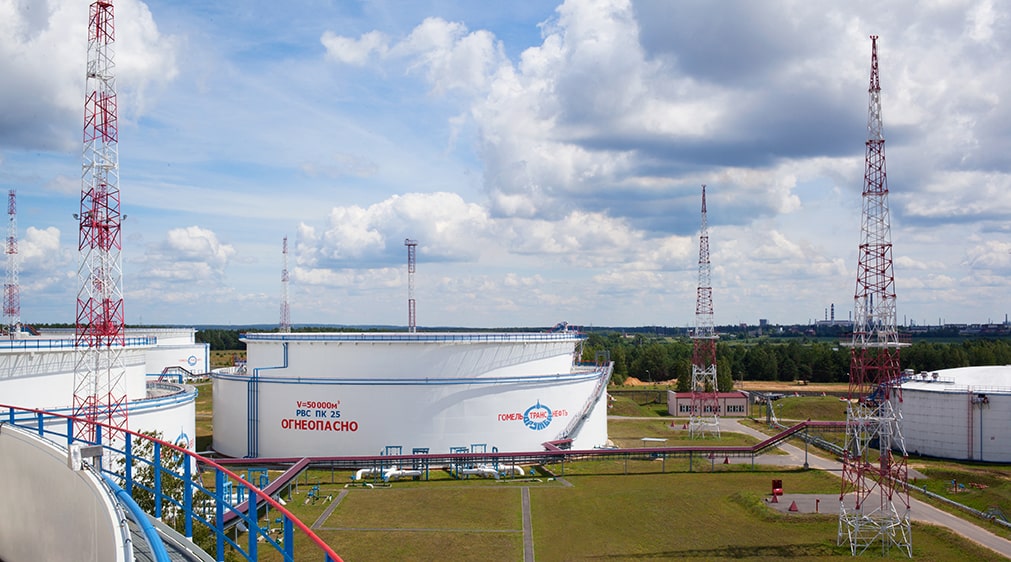 JSC "Gomeltransneft Druzhba" is a main oil pipeline, which is a complex technical system. The company carries out pumping of oil coming from the Russian part of the Druzhba oil pipeline to the countries of Western and Eastern Europe, supplies the Belarusian petrochemical industry with hydrocarbon raw materials. In 2018, the company pumped 60.4 million tons of oil, of which 58.8 million tons – supplies from the Russian Federation, which is about a quarter of the country's oil exports.

Following the trends of development of the world market of oil and oil products, JSC "Gomeltransneft Druzhba" strives to maintain competitiveness in oil supplies to the market of the Republic of Belarus and Europe and focuses on the technological and economic attractiveness of its services.

The enterprise carries out systematic modernization of production capacities. In 2018, 35 facilities of the linear and station part of the oil pipeline were put into operation.

The program of investment development of JSC "Gomeltransneft Druzhba" for 2019-2021 has been developed, the cost of which will be about 197 million us dollars. The priorities of the company's development in the short term were announced at a meeting with the management of Transneft. As the main directions of investment policy for 2019, the following are defined:

Compliance with international standards requires the use of qualified personnel with a high degree of intellectual potential. Since 2007, employees of JSC "Gomeltransneft Druzhba" participate in the international competition "Best in profession", the purpose of which is to promote the development of business and informal relations between oil pipelines. In the competition with the strongest specialists from the largest national oil pipeline companies, representatives of JSC "Gomeltransneft Druzhba" consistently win prizes, which indicates the effectiveness of the system of professional development of personnel implemented at the enterprise.

On April 24, 2015, OJSC Gomeltransneft Druzhba was admitted to the International Association of oil transporters. Currently, the IATN brings together nine members and observers from eight different countries of the world. The main task of the Association is the exchange of relevant information on a wide range of issues in the field of oil transportation. In June 2018, representatives of JSC "Gomeltransneft Druzhba" visited the events that took place in Prague (Czech Republic) within the framework of the ninth meeting Of the Board of MATN. In November 2018, the company's delegation took part in the tenth meeting of the Board of The Association in Beijing (China).